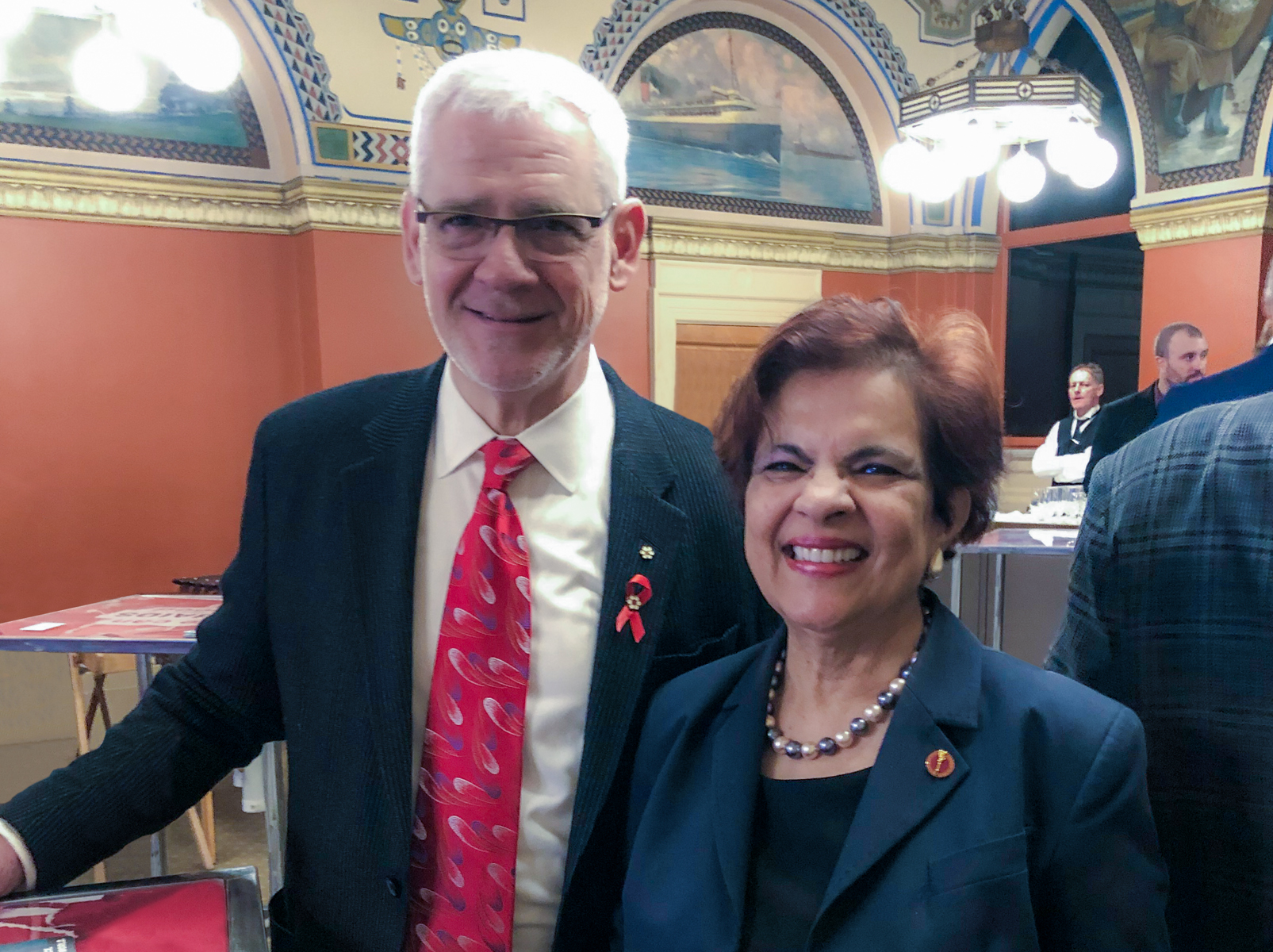 Dr. Julio Montaner and Senator Mobina Jaffer at a December 2018 ONE Campaign event in Ottawa

World renowned HIV/AIDS researcher and advocate for Treatment as Prevention, BC-CfE Executive Director and Physician-in-Chief, UBC University Killam Professor in Medicine, Dr. Julio Montaner will receive the Senate 150th Anniversary Medal. The BC Centre for Excellence in HIV/AIDS (BC-CfE) at Providence Health Care is proud to announce Dr. Montaner is being recognized for his exemplary leadership and lifelong contribution to improving the health and lives of British Columbians.

Senator Mobina Jaffer championed Dr. Montaner for the award, to be presented to him on Saturday, February 2nd. Senator Jaffer, a human rights activist and accomplished lawyer, represents the province of British Columbia in the Senate of Canada, where she is deputy-chair of the Standing Senate Committee on National Security and Defence.

At a December 2018 event, Senator Jaffer joined Dr. Montaner and other advocates to call for global government leaders to step up their fight against HIV and AIDS, by increasing their contributions to the Global Fund.

The Senate 150th Anniversary Medal commemorates the first time senators came to Ottawa to sit in Parliament, on November 6, 1867. Medals are awarded to Canadians or permanent residents actively involved in their communities who, through generosity, dedication, volunteerism and hard work, make their hometowns, communities, regions, provinces or territories a better place to live.