OBJECTIVE:: HIV continues to present a substantial global health burden. Given the high direct medical costs associated with the disease, prevention of new transmission is an important element in limiting economic burden. In addition to providing therapeutic benefit, treatment with HAART has potential to prevent transmission of HIV. The objective in this study was to perform an economic evaluation of the incremental net benefit associated with an intervention to expand treatment with HAART in British Columbia, Canada. DESIGN:: A mathematical model describing transmission of HIV, integrated with a microsimulation model describing the clinical and economic course of HIV. METHODS:: The primary outcome was the incremental net benefit of expanding treatment with HAART from 50 to 75% of clinically eligible individuals in British Columbia, assuming a willingness-to-pay threshold of US$ 50 000 per quality-adjusted life year. Direct medical costs included were antiretroviral and nonantiretroviral medications, hospitalizations, physician visits, and laboratory tests. The mathematical and microsimulation models were based on patient characteristics observed in British Columbia. Longitudinal data described health services utilization, clinical progression, and survival for all individuals receiving treatment for HIV in British Columbia. RESULTS:: Over 30 years, the HAART expansion scenario was associated with a net benefit of US$ 900 million (95% confidence interval US$ 493 million to 1.45 billion). CONCLUSION:: Increasing the HAART treatment rate from 50 to 75% of clinically eligible individuals in British Columbia appears to be a cost-effective strategy based on this model. These cost-effectiveness results are consistent with public health objectives: all individuals who are eligible for an established life-saving treatment should receive it. 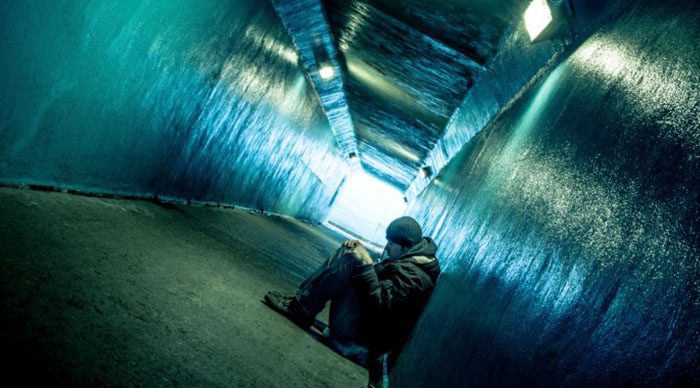 This is a success story from the STOP HIV/AIDS, a program of Vancouver Coastal Health based on the Treatment as Prevention model of providing immediate and universal access to HIV treatment for all diagnosed. The STOP Team reaches out to vulnerable and hard-to-reach populations.

When the Seek and Treat for Optimal Prevention (STOP) of HIV/AIDS program found Ross in 2012, he was HIV positive and his immune system was seriously damaged. In addition, the 40 year old struggled with severe opioid and methamphetamine addiction.

Under Vancouver Coastal Health, the STOP Outreach Team supported Ross in getting into three different residences and placed in several shelters. However, he faced multiple evictions and incarcerations. He was connected to the John Ruedy Immunodeficiency Clinic at St. Paul’s Hospital. There, he re-started methadone treatment and became engaged in his medical care.

A turning point came this year, when Ross became stabilized at Harbourlight, a detox centre, after many failed attempts at detox over the years. He then restarted on antiretroviral medications and was transferred to a treatment centre. He eventually left the treatment centre after facing stigma and abuse due to his HIV status. The STOP staff supported and encouraged Ross to reintegrate into the centre. He returned and completed his treatment program before moving into a recovery house.

“Having a team to find him in the community and connect him with the clinic, really made the difference. He wasn’t able to do that independently at that point in his life, he required outreach to accompany him to connect to various community resources,” says Lesa Dumsha, a STOP Team outreach nurse. “It was being there for him continuously over the years. We provided a great deal of harm reduction and emotional support. It’s remarkable how far he has come.”

“In Ross’s state at the time, we were very concerned that he would die from AIDS-related causes, an overdose or getting hit by a car as he was often very intoxicated,” she continues. “He is one of our greatest success stories – and likely the most improved person that the STOP Team has ever worked with. He has proven that even those who seem to have such little hope at life can still make remarkable changes. Seeing his turn around provides us with hope for others whose situation currently seems very grim.”

Ross isn’t the only one the team has helped. Since February 2011, the STOP Team has helped and connected more than 600 people with HIV/AIDS. Comprised of social workers, outreach workers, peer navigators and nurses like Lesa, the STOP Team helps people living with HIV/AIDS who struggle with connection to to health care services. Many of them are facing addiction, mental illness and homelessness issues.

“We have the flexibility with outreach to cater to our clients’ needs,” Lesa says. “We put in the time to build trusting, therapeutic relationships with our clients and are constantly working with our community partner’s to creatively problem solve ways to break down the barriers that individuals face to access the health care system.”

She says the strength of the program lies in the collaborative interdisciplinary team approach, both amongst the STOP Team and with their community partners.

“Although each STOP Team member works autonomously, it’s a very collaborative work environment,” she says, “where we are in regular communication about our client’s care planning.”

Lesa says being part of the STOP team is really gratifying work.

“The most fulfilling part of the job is seeing people’s health and wellbeing, their lives, improve.”

This blog was originally posted on the Vancouver Coastal Health website.

Seek and Treat for Optimal Prevention of HIV/AIDS (STOP HIV/AIDS) will will expand access to HIV/AIDS medications among hard-to-reach and vulnerable populations in Vancouver’s inner city and Prince George.

For more information on STOP HIV/AIDS, including updates on progress, please refer to our quarterly bulletin.

The third edition is now available for download in PDF format.