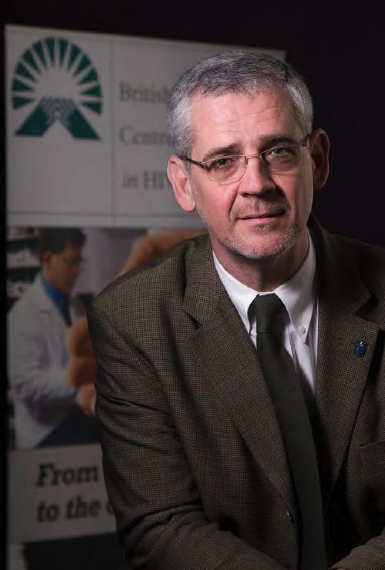 TOLUCA, ESTADO DE MEXICO, MEXICO. OCTOBER 2010. The World Cultural Council will celebrate the twentyseventh Award Ceremony on Wednesday December 8th, at 11:00hrs, in the Universidad Autónoma del Estado de México, Toluca, State of México, México with the host of the Government of the State of Mexico.

At this venue the “Albert Einstein” World Award of Science and the “José Vasconcelos” World Award of Education will be granted by the President of the World Cultural Council, our Directive Board members, distinguished authorities from the Government of the State of México and the Rector of the UAEM.

The 2010 “ALBERT EINSTEIN” World Award of Science will be presented to Dr. Julio Montaner, Director of the British Columbia Centre for Excellence in HIV/AIDS, Professor of Medicine and Chair in AIDS Research at the University of British Columbia, and Past President of the International AIDS Society (IAS).

The members of the Interdisciplinary Committee have chosen Dr. Montaner as the winner of this year’s World Award of Science for his relentless advancements in the treatment and prevention of HIV/AIDS since the early 1980s. Over the years he has shown immense leadership and innovation in establishing new directions for HIV/AIDS strategies, with far-reaching repercussions worldwide.

Dr. Montaner has pioneered the life-saving concept of “treatment as prevention,” which aims to dramatically increase testing and treatment for HIV using the best available diagnostic tools and medications. He recently published a landmark study in The Lancet, which showed that the introduction of highly active antiretroviral therapy (HAART) dramatically reduces the likelihood of HIV transmission. At the recently concluded IAS conference in Vienna, the Joint United Nations Programme on HIV/AIDS (UNAIDS) cited the study findings as the basis for their radical new approach to HIV treatment dubbed “Treatment 2.0.”

“I am deeply honoured to receive this prestigious award,” said Dr. Montaner. “I share this recognition with my colleagues at the British Columbia Centre for Excellence in HIV/AIDS, whose dedication towards their work continues to help create and refine new approaches to HIV and AIDS treatment, the government of British Columbia, St. Paul’s Hospital and the University of British Columbia. I also share this award with my peers in the healthcare and research community who have inspired and influenced me throughout my career.”

The “Albert Einstein” World Award of Science was created as a means of recognition to those persons who have accomplished scientific and technological achievements which have brought progress to science and benefit to mankind. 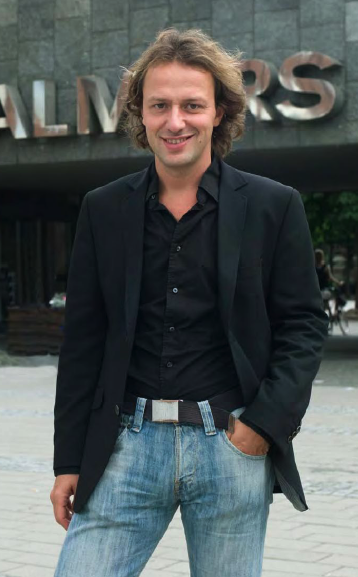 The 2010 “JOSÉ VASCONCELOS” World Award of Education will be granted to Prof. Christian Azar, Professor of energy and environment at Chalmers University of Technology in Gothenburg, Sweden.

The Award recognizes Prof. Azar´s valuable contributions and broad influence in his teaching and research work aimed at the “welfare of mankind and the health of the planet”, concentrating on the link between energy and climate change.

The “JOSÉ VASCONCELOS” World Award of Education is made every other year to a person who has stood out in the field of education, as a teacher or policy shaper, whose scope of influence has been outstanding, educating humanity towards a culture of global understanding, while encouraging respect for human being.

Dr. Julio Montaner (MD, FRCPC) is Director of the British Columbia Centre for Excellence in HIV/AIDS (BC-CfE), Professor of Medicine and Chair in AIDS Research at the University of British Columbia,and past President of the 14,000-member, Geneva-based International AIDS Society (IAS).

After graduating as a physician in his native Argentina, Dr. Julio Montaner moved to Canada, where he soon embarked on AIDS research at the University of British Columbia and St. Paul’s Hospital in Vancouver.

Dr. Montaner has over 25 years of experience in HIV/AIDS research and developing and conducting HIV-related clinical trials. As a result of Dr. Montaner´s early research, severe forms of AIDS-related Pneumocystis pneumonia became fully treatable and preventable.

In the mid-1990s, he played a key role in establishing the efficacy of highly active antiretroviral therapy (HAART), an effective treatment that has turned HIV infection into a chronic but manageable condition and dramatically increased the life expectancy of patients with HIV. Since 1996, HAART has been recognized as the international standard of care for people with HIV.

His work has also focused on facilitating access to treatment by hard-to-reach populations and those infected with highly resistant HIV.

Over the last several years, Dr. Montaner has pioneered the concept of “treatment as prevention.” It advocates for the immediate treatment of all clinically eligible people with HIV in order to minimize AIDS related morbidity and mortality, as well as HIV transmission. Dr. Montaner’s research has shown that HAART dramatically reduces the likelihood of HIV transmission. More recently, he published a landmark paper in The Lancet demonstrating the preventive benefit of HAART expansion in British Columbia.

Based on these results, the government of British Columbia funded a $48-million pilot initiative aimed at further expanding HAART coverage in the province, focusing on certain hard-to-reach populations such as sex workers and people who use injection drugs. The initiative, known as Seek and Treat for the Optimal Prevention of HIV/AIDS (STOP HIV/AIDS), is a ground-breaking strategy central to the BC-CfE’s work in turning the tide against HIV/AIDS. The Seek and Treat strategy is becoming recognized worldwide as an effective approach against HIV/AIDS.

In 2009, he was inducted as a Fellow of the Royal Society of Canada, Canada’s most prestigious scholarly organization. In 2010, Dr. Montaner was named to the Order of British Columbia, the highest honour that British Columbia can bestow on individuals in the province.

Dr. Montaner has published extensively on respiratory complications of HIV and the use of antiretroviral therapies, and has authored more than 400 scientific publications on HIV/AIDS. He is also a renowned speaker at important international events.

Dr. Montaner´s pioneering work for the treatment and prevention of HIV/AIDS has directly contributed to the survival and dignity of people living with the disease worldwide. It is for these achievements that he has been selected by the World Cultural Council as the winner of this year’s “ALBERT EINSTEIN” World Award for Science.

Prof. Christian Azar has been ranked in Sweden as the most influential person on environmental issues, but his influence goes well beyond national borders. In addition to advising two Swedish Prime Ministers on energy issues, he reported to the European Commissioner for the Environment and later co-shared the Nobel Peace Prize in 2007 for his report to the Intergovernmental Panel on Climate Change.

Perhaps his greatest talent, however, is as a lecturer and speaker. Christian is known for his exceptional flair for getting complex scientific and economic issues across to experts and laymen alike, which he can do in five languages. His words have inspired students, industry leaders, policy makers and the public at large across Europe and beyond.

In addition to his oral skills, Professor Azar is recognized for his publications. He has published 60 peer-reviewed scientific articles, mainly in top scientific journals. His book on climate impact, Makten över Klimatet, was highly acclaimed throughout Sweden, even being hailed by critics as the “best book ever”. It offers a near-complete perspective on the climate challenge, using accessible language to explain the problems and put forward solutions, paying particular attention to the importance of shifts in public opinion and lifestyle.

Dr. Azar has also co-developed and implemented a user-friendly, interactive climate model, called Chalmers Climate Calculator, available on the internet, which can be used from anyone from total laymen through to policy makers and international negotiators.

His encyclopaedic knowledge of a wide range of subjects comes not only from academic study. Christian Azar has travelled extensively to developing countries, spending time in Mali, Senegal, Uganda, Brazil and Indonesia, for example, studying agricultural development, food prices and resource inequality, among other issues.

His energetic devotion to researching, writing and teaching in his field of study has made a significant impact on the understanding of sustainable development, energy and the environment. The 2010 “JOSÉ VASCONCELOS” World Award of Education is awarded to Christian Azar for his remarkable efforts for the wellbeing of mankind and the health of the planet.

The World Cultural Council is an international organization based in México, founded in 1982, that acknowledges every year individuals or institutions that have made outstanding achievements in science, education and the arts by means of its awards.

The final objective is to increase the efficient and positive use of knowledge and to promote fraternity among people, nations and governments, looking for a true understanding among all, based on the respect for the ideology, opinion, religion, race, and sex of each person.

The World Cultural Council is constituted by a Directive Board and an Interdisciplinary Committee formed by eminent scientific, educational and artistic personalities; since its foundation there have been several Nobel Prize winners among its members.