Dr. Julio Montaner, Director of the BC-CfE, Appointed to Order of Canada

Vancouver, BC [December 26, 2014] The BC Centre for Excellence in HIV/AIDS (BC-CfE) is proud to announce Dr. Julio Montaner, director of the BC-CfE, has been recognized by His Excellency the Right Honourable David Johnston, Governor General of Canada, as an Officer of the Order of Canada. The honour is in recognition of Dr. Montaner’s contributions to establishing the global standard of care for HIV/AIDS treatment and prevention, and for his leadership in the international HIV/AIDS research community.

Dr. Montaner’s work as a physician, scientist, and advocate has forged an unprecedented new path in the course of HIV treatment, care and prevention, as well as the sustainability of HIV care – starting in the province of British Columbia and expanding across the world.

“Receiving the Order of Canada is a tremendous and humbling achievement,” said Dr. Montaner. “I had a unique opportunity to help a population that, in the beginning, few wanted to work with. I attribute my success to the inspiration provided by my patients, as well as the guidance provided by my parents and the support of my wife and children, and my many outstanding coworkers and colleagues at the BC-CfE.”

“I will continue in my life-long pursuit to eliminate HIV and AIDS in BC, in Canada and the world, so that we can truly achieve an AIDS-free generation globally,” said Dr. Montaner. “Our made-in-Canada Treatment as Prevention strategy is now providing the road map for the global control of HIV/AIDS. It is my hope we can transfer the lessons learnt in the fight against HIV/AIDS to other communicable diseases, as part of a targeted disease elimination strategy that can uniquely contribute to the sustainability of our valued health care system.”

“B.C. is a world leader in the treatment and prevention of HIV and AIDS, thanks to the work of the BC Centre for Excellence in HIV/AIDS under the leadership of Dr. Julio Montaner,” said Premier Christy Clark. “Quite simply, his work has saved thousands of lives – if not millions. At the 1996 International AIDS Conference in Vancouver, Julio first introduced highly active antiretroviral therapy (HAART) – now considered the global gold standard for treatment of HIV. In 2006, he pioneered Treatment as Prevention, a strategy being adopted in many places around the world. In B.C., we have invested significantly in HIV research, treatment, and care, and with Dr. Montaner’s guidance, these guidelines could serve in countering other infectious diseases, such as hepatitis, tuberculosis and could also apply to diseases such as addiction.”

In November of this year, B.C. Health Minister Terry Lake recognized Dr. Montaner’s work that has been a model for jurisdictions around the world. Minister Lake says, “Dr. Montaner exemplifies the great leadership in research and clinical work undertaken in British Columbia and follows in the footsteps of Nobel Prize-winning biochemist Dr. Michael Smith.”

Among his other many honours, Dr. Montaner received the Prix Galien Award, the Order of B.C., the Albert Einstein World of Science Award, the Grand Decoration of Honour for Services to Austria, and the Queen Elizabeth II Diamond Jubilee Medal for contributions to the field of HIV/AIDS. In 2014, he was appointed UNAIDS Special Advisor on HIV Therapeutics and will be inducted into the Canadian Medical Hall of Fame in 2015. Dr. Montaner is also Past President of the International AIDS Society.

About the British Columbia Centre for Excellence in HIV/AIDS
The BC Centre for Excellence in HIV/AIDS (BC-CfE) is Canada’s largest HIV/AIDS research, treatment and education facility and is internationally recognized as an innovative world leader in combating HIV/AIDS and related diseases. BC-CfE is based at St. Paul’s Hospital, Providence Health Care, a teaching hospital of the University of British Columbia. The BC-CfE works in close collaboration with key provincial stakeholders, including health authorities, health care providers, academics from other institutions, and the community to decrease the health burden of HIV and AIDS. By developing, monitoring and disseminating comprehensive research and treatment programs for HIV and related illnesses, the BC-CfE helps improve the health of British Columbians.

About the Order of Canada
Established in 1967 by Her Majesty Queen Elizabeth II, the Order of Canada is the cornerstone of the Canadian Honours System, and recognizes outstanding achievement, dedication to the community and service to the nation. The Order recognizes people in all sectors of Canadian society. Their contributions are varied, yet they have all enriched the lives of others and made a difference to this country. For more information about the Order of Canada or to nominate someone, visit www.gg.ca/honours.

For additional information or to request interviews, please contact:

Dr. Julio Montaner, Director of the BC-CfE, Appointed to Order of Canada

He’s considered a global leader in HIV/AIDS research, and today he was acknowledged for his efforts.

Vancouver’s Dr. Julio Montaner was one of six British Columbians named to the Order of Canada on Thursday.

“I want to share my gratitude to the province of British Columbia for their unwavering support over the last three decades that we’ve been doing this work.”

Montaner remembers back at the height of the HIV/AIDS scare of how everyone treated and looked at the illness.

Dr. Julio Montaner wants the government to devote more resources to the issue

VANCOUVER (NEWS1130) – He has just been named to the Order of Canada for his decades of work researching HIV/AIDs and now, Dr. Julio Montaner, the director of the BC Centre for Excellence in HIV/AIDS, is using his moment in the sun to highlight what more can be done to help provide support to doctors looking for better treatments and perhaps a cure for HIV/AIDS.

“We have opened a new door and created a roadmap to defeating this epidemic,” Montaner says. “It would be unthinkable for us not to pass together through that door and ensure that we deliver, for generations to come, an AIDS-free world.”

Specifically, he wants to federal government to devote more resources to the issue.

FIVE VANCOUVER RESIDENTS have joined the illustrious club known as the Order of Canada.

Montaner, director of the B.C. Centre for Excellence in HIV/AIDS, was named an officer of the Order of Canada, which is the second-highest level.

The other four Vancouverites were named members of the Order.

Physician and researcher Julio Montaner has been named an Officer of the Order of Canada for his leadership in developing HIV/AIDS treatments and for establishing a new global standard of care, pioneered here in B.C.

Earlier this year, the United Nations adopted Montaner’s Treatment as Prevention program as its global strategy to end the AIDS epidemic by 2030.

The standard developed at the BC Centre for Excellence in HIV/AIDS in Vancouver calls for 90 per cent of people living with HIV to be diagnosed, 90 per cent of those to receive treatment and 90 per cent to be biologically suppressed by 2020.

“With these objectives we can decrease the burden of disease by at least 90 per cent in morbidity, mortality and transmission,” he said.

Montaner’s work includes pioneering an HIV cocktail that was adopted by the World Health Organization and the UNAIDS program in 2000. Earlier this year Montaner was selected for induction into the Canadian Medical Hall of Fame.

Dr. Julio Montaner appointed Officer of the Order of Canada

Just a month after B.C. recognized him for a lifetime of work in HIV/AIDS, the Governor General has appointed Dr. Julio Montaner as an Officer of the Order of Canada.

The veteran research is widely recognized as a major contributor to the establishment of a global standard of care in the treatment and prevention of HIV/AIDS.

Dr. Julio Montaner honoured for a lifetime of work in HIV/AIDS

He developed treatments for HIV/AIDS over the course of several decades beginning with his early work at St Paul's Hospital in Vancouver. in the 1980s.

B.C. Premier Christy Clark and Dr. Julio Montaner, director for the BC Centre for Excellence in HIV/AIDS, at historic announcement

Premier Christy Clark along with UN under-secretary and executive director for UNAIDS, Michel Sidibé, and Dr. Julio Montaner, director for the BC Centre for Excellence in HIV/AIDS, and Health Minister Terry Lake announced that ward 10C at St. Paul’s Hospital will no longer be used as a dedicated AIDS ward.

Video of Press Conference: Leading the way in the fight against AIDS

Why the United Nations is adopting Canadian scientist’s HIV strategy

It’s an ambitious strategy – dubbed the 90-90-90 – but it’s incredibly promising: The made-in-Canada plan has been formally adopted by the United Nations as the global authority’s strategy in its fight against HIV/AIDS.

Countries around the world will be following these targets, put together by a Vancouver doctor who’s the chief architect.

“The AIDS epidemic as we know it will be on its knees. We would turn a raging global pandemic into a sporadic endemic disease. There may be cases emerging here or there but for the most part, the notion of a war against AIDS and the devastation of a whole generation of HIV/AIDS victims would be a thing of the past,” Dr. Julio Montaner, the creator of the 90-90-90 plan, said.

He’s also director of the B.C. Centre for Excellence in HIV/AIDS and has spent decades studying the disease.

“We turned what was a crazy idea into a policy,” he told Global News.

Dr. Julio Montaner reflects on the development of the HIV epidemic and what has impacted them most over the last 30 years.

Dr. Julio speaks on the dynamic history of HIV in Vancouver.

The 30 30 Campaign was created to celebrate AIDS Vancouver’s 30th anniversary.

The Government of B.C., Minister of Health Terry Lake recognized the ongoing and lifelong leadership of Dr. Julio Montaner, director of the BC Centre for Excellence in HIV/AIDS (BC-CfE), towards eliminating HIV and AIDS. As a result of the province-wide implementation of the Treatment as Prevention (TasP) strategy – pioneered by Dr. Montaner – B.C. is the only province in Canada consistently seeing a decline in new HIV infections while HIV infections continue to increase nationally. Largely due to universal access to HIV antiretroviral medications as part of a strategy spearheaded by Dr. Montaner, B.C. has seen HIV-related morbidity and mortality decline by over 95% since 1995, and a decrease of greater than 66% of new HIV infections. Sadly, across Canada, HIV infections continue to increase. An estimated 77,000 people are currently living with HIV, which represents an increase of 5,700 people (8%) since 2011. Of this number, an estimated 18,500 people living with HIV in Canada remain undiagnosed – and unaware of their HIV status.

What is Treatment as Prevention?

The nations and regions highlighted above have adopted Treatment as Prevention as a strategy or have signed a Memorandums of Understanding with the BC-CfE and other partners affirming commitments to adopting the strategy. These include the province of British Columbia; the U.S. cities of San Francisco and Washington, DC; Brazil; China; France; Spain; Panama; South Africa; Swaziland; and the province of Queensland, Australia.

What is Treatment as Prevention?

In 2006, Dr. Julio Montaner, director of the BC Centre for Excellence in HIV/AIDS published a seminal and landmark paper in the Lancet that called for global implementation of “Treatment as Prevention” as a means to dramatically curb HIV morbidity, mortality, and HIV transmission. TasP means expanding treatment coverage through highly active anti-retroviral therapy (HAART), a combination of antiretroviral drugs that fully suppress HIV replication. This renders the number of HIV viral copies present in a patient’s blood virtually undetectable. In May 2009, the government of British Columbia launched a staged implementation of TasP, which has since expanded to all of BC and beyond. 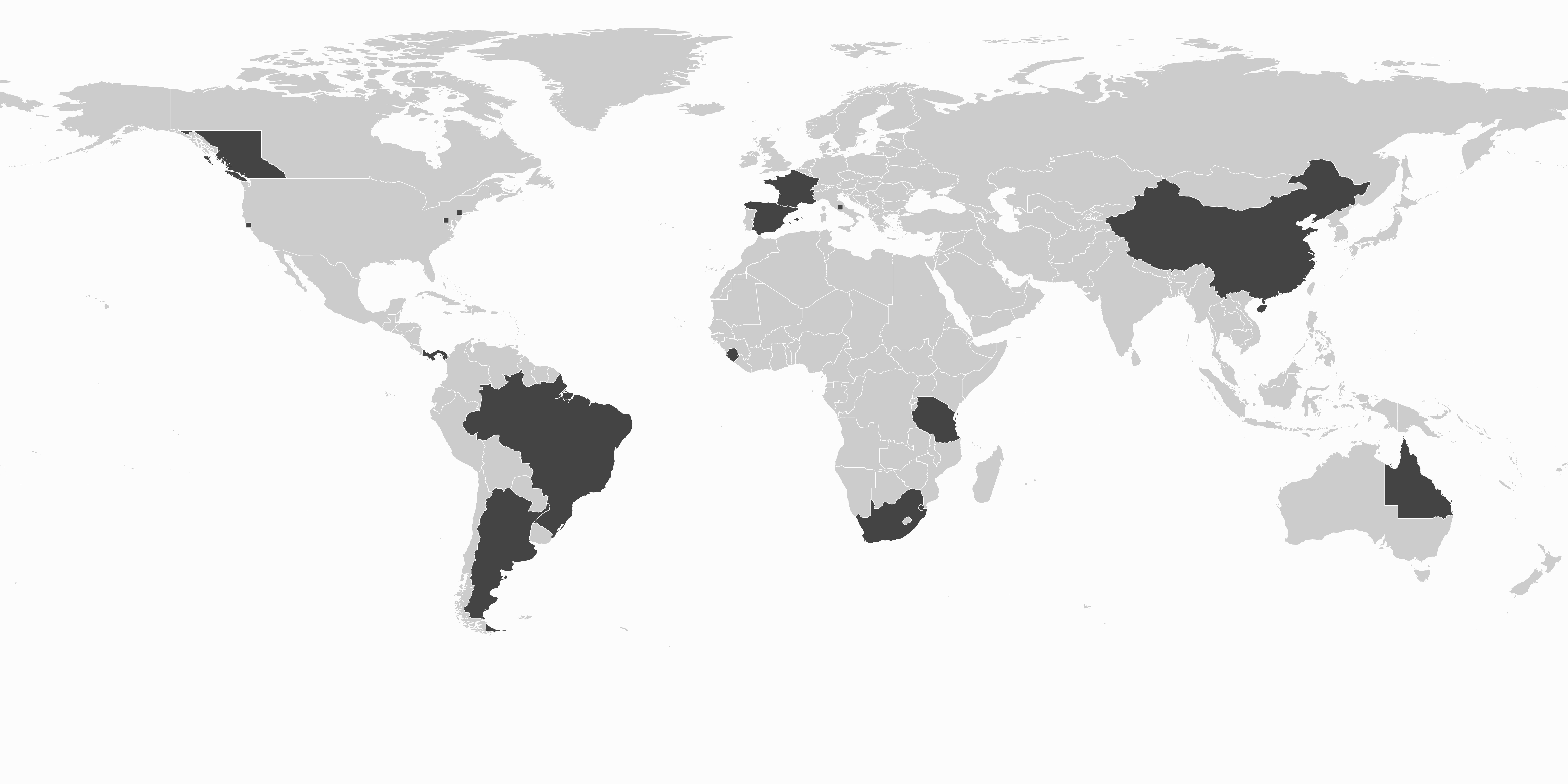