Memorandum of understanding cements relationship between China and B.C. 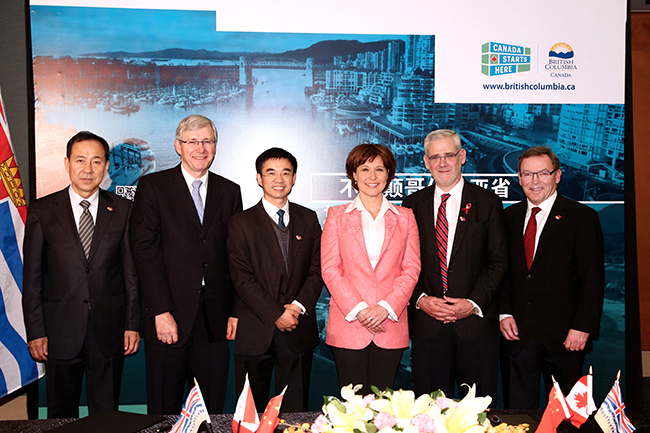 China and British Columbia are partnering to advance the global fight against HIV/AIDS.

A memorandum of understanding (MOU) was signed by delegates from the BC Centre for Excellence in HIV/AIDS (BC-CfE) and the National Centre for AIDS/STD Control / Prevention and Chinese Centre for Disease Control and Prevention (NCAIDS/China CDC). The MOU cements the relationship between China and the BC-CfE, which first began in 2011 when China announced its implementation of the BC-CfE pioneered Treatment as Prevention strategy. 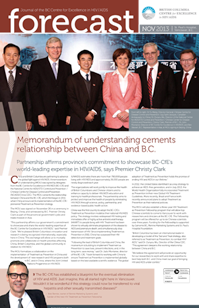 The MOU was signed on November 26 in a ceremony in Beijing, China, and witnessed by B.C. Premier Christy Clark as part of the provincial government’s jobs and trade mission in Asia.

“This partnership affirms our government’s commitment to showcase and share the world-leading expertise of the BC Centre for Excellence in HIV/AIDS,” said Premier Clark. “We’re pleased British Columbia’s innovation and research is being recognized internationally, especially here in China. This exchange will allow us to mutually promote and collaborate on health priorities affecting China, British Columbia, and the global community in relation to HIV/AIDS.”

The MOU formalizes a collaboration on the implementation of Treatment as Prevention in China and the development of new research and HIV programs both in B.C. and in China, where the Joint United Nations Progamme on HIV/AIDS (UNAIDS) estimates there are more than 780,000 people living with HIV/AIDS and approximately 26,000 people are newly diagnosed each year.

China was the first country to adopt the BC-CfE’s Treatment as Prevention model as their national HIV/AIDS policy. The strategy involves widespread HIV testing and immediate offer of highly active antiretroviral therapy (HAART) to people living with HIV. Treatment has been shown to virtually eliminate progression of the disease to AIDS and premature death, and simultaneously stop transmission of HIV. Since implementing Treatment as Prevention in 2011, China has surpassed their HIV detection and treatment goals.

The China and Bc-CfE MOU will also established a three-year HIV Treatment as Prevention Fellowship program that will allow top Chinese scientists to come to Vancouver to work with researchers and clinicians at the BC-CfE. The Fellowship program will be offered for up to six Chinese scientists over three years. Funding for the Fellowship is supported by Genome BC, Rennie Marketing Systems and St. Paul’s Hospital Foundation.

“British Columbia has been an international leader in developing a model of the Test and Treat strategy, also referred to as Treatment as Prevention, to combat HIV/AIDS,” said Dr. Zunyou Wu, Director of the China CDC. “This agreement deepens the working relationship between China and B.C.

“We believe this agreement will provide an opportunity for our researchers to work with and share expertise to best help both B.C. and China meet our goal of bringing HIV and AIDS under control.”