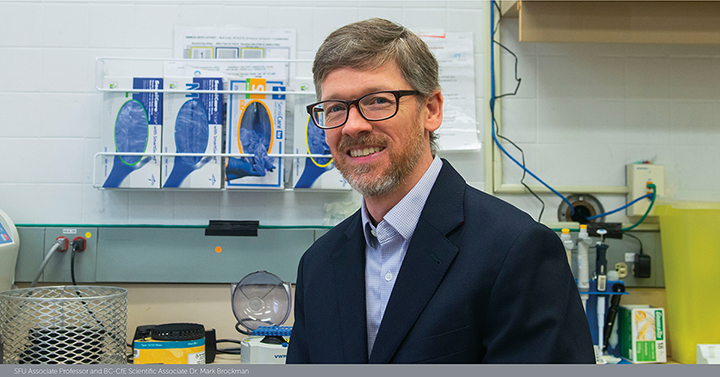 Dr. Mark Brockman, a BC Centre for Excellence in HIV/AIDS (BC-CfE) Scientific Associate, recently presented at St. Paul’s Hospital as part of the BC-CfE’s Forefront Lecture series on the potential of using host T cells to eliminate the HIV viral reservoir.

One of the principal challenges in achieving long-term ART-free HIV remission or a cure is the existence of a viral reservoir which resides within host cells as little as a day or two following infection. This resilient array of proviruses evolves and diversifies over time in the absence of antiretroviral therapy equipping them to evade host immune response. If an individual achieves viral suppression and is taken off antiretroviral therapy, the virus is thus capable of ‘rebounding’ using this viral reservoir to propagate and recirculate in an individual’s blood.

Current HIV cure research is focused on ‘blunting’ this viral rebound or finding a sterilization cure, where the reservoir would be completely eliminated.

One approach Brockman discussed, referred to as ‘Kick and Kill’, is being investigated by HIV researchers. These compounds trigger and shock proviruses, which make up the reservoir, to appear in plasma where they can be targeted and eliminated by host immune cells and antiretroviral therapy. However, latency reversal agents (LRAs) alone do not seem to reduce the size of this reservoir; another arm of therapeutics is required to complement their effects.

Brockman explained a huge focus of his laboratory’s research is the use of host immune response to eliminate viral reservoirs following the use of LRAs - specifically, by exploiting CD8 killer T cells.

CD8 T cells play an important role in control of HIV in the acute phase of the infection, where they can suppress viral levels in the blood. However, after a month or so, HIV has adapted sufficiently to overcome host immune responses where the infection reaches a steady state and the virus cannot be eliminated.

As a component of the adaptive immune system, CD8 T cells recognize pathogen-derived peptides presented by human leukocyte antigens (HLA) on the surface of infected cells. They then mount a tailored immune response that attempts to eliminate the infection.

Research shows there are thousands of genetic variants (or alleles) of HLA among the population. The HLA alleles expressed by an individual determine which HIV peptides are presented to CD8 T cells, with some HLA alleles being better equipped to mount a strong CD8 T cell response to infection. 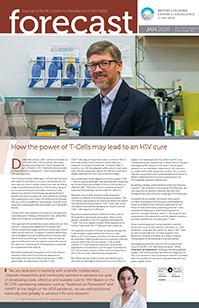 Brockman explained that in addition to the scale of HLA variation among the population, there is also genetic variability in the HIV peptides presented to T cells. The virus rapidly mutates these sequences to further mask itself from T cells and their response.

Brockman and his research team are attempting to deconstruct this highly diverse process in an effort to exploit it for development of an effective HIV cure. Collaborating with researchers in South Africa, they are investigating the impact of HLA and T cell receptor variation on an individual’s response to HIV infection. In collaboration with researchers at the CDC in China, they are using advanced crystallography techniques to better understand the structure and dynamics of HLA-peptide-receptor interactions.

By getting a better understanding of the mechanisms used by T cell receptors to recognize HIV infection, we can improve our ability to develop vaccines and therapies that overcome the challenge of HIV diversity.

In addition to his studies, Brockman discussed a number of strategies that are being investigated by others to enhance host immune responses to HIV. These include selectively expanding antiviral T cells outside the body and re-administering them to patients; and gene therapy, where T cell receptors are engineered in the laboratory and the altered receptors are then inserted into an individual’s T cells.

A less invasive approach using soluble bi-specific molecules, such as HIV-specific antibodies or T cell receptors, could also be used to re-direct CD8 T cells to sites of viral infection. In many respects, this approach could be the safest as it doesn’t require manipulation of an individual’s immune system.

Investigating potential cures for HIV is a significant focus of the BC-CfE’s laboratory program. While Treatment as Prevention strategies are being applied widely in BC to ensure early and efficient diagnosis of HIV, cure research is also essential to explore in tandem with clinical efforts if we are to fully eliminate HIV as a public health threat.