Countering complacency on path to an HIV cure 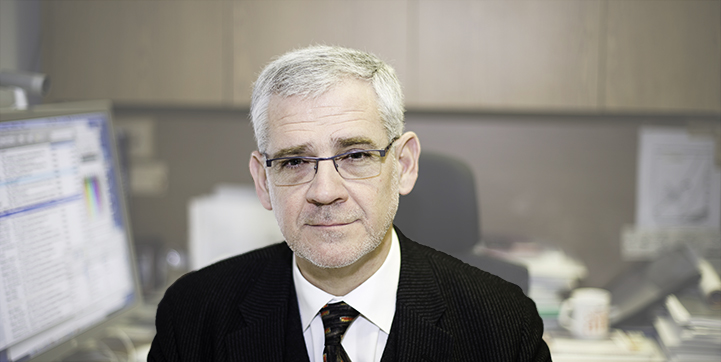 The BC-CfE applauds the news that emerged from CROI (Conference on Retroviruses and Opportunistic Infections) and captured global news headlines: an individual living with HIV has been in remission and off treatment for 18 months after receiving a bone-marrow transplant. The "London patient" is now the second individual to achieve HIV remission.

To briefly explain, as in the first case, this milestone was achieved through a bone-marrow transplant from a donor harbouring a rare mutation in the human CCR5 gene. Acting as a receptor, the CCR5 is necessary for HIV to enter cells in the human body.

It is important to note that HIV cure by bone-marrow transplantation is neither safe nor capable of being easily expanded. The reality is that we still don't know when an HIV cure will be achieved. There is currently no available solution for achieving a broadly applicable cure that could help those living with HIV worldwide.

News of the London patient does demonstrate the potential for eradicating HIV from the body, underlining the importance of continuing HIV cure and vaccine research.

Under the leadership of BC-CfE Laboratory Director Dr. Zabrina Brumme, the BC-CfE continues to seek to better understand dormant HIV cells that accumulate and persist in the body. While on sustained treatment, an individual can achieve a viral load that is undetectable by standard blood tests, at which point they cannot transmit to others. However, if treatment is stopped or interrupted, viral levels can rebound.

Grasping the diversity of HIV residing within an individual (known as the viral reservoir) is a key stepping stone to identifying a cure.

Unfortunately, good news of slow progress towards an HIV cure could contribute to misconceptions. Combined with impressive advances in HIV treatment, it could lead some to believe HIV is a resolved issue.Dr. Anthony Fauci, Director of the US National Institutes of Health, told attendees of CROI we have reached a point of "understandable but unacceptable complacency." 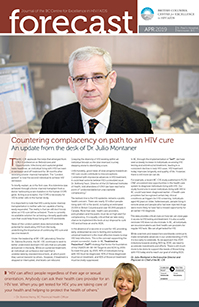 The bottom line is the HIV epidemic remains a public health concern. There are nearly 37 million people living with HIV in the world, including an estimated 13,000 in British Columbia and over 63,000 people in Canada. More than ever, health care providers, policymakers and the public must be on high alert for complacency. It is equally critical that we take every chance to implement the tools at our disposal to curb HIV and achieve an end to AIDS.

In the absence of a vaccine or a cure for HIV, providing early, widespread access to testing and sustained, universal treatment is the most effective means to stop HIV new infections. This is the concept supporting the proven successful, made-in-BC Treatment as Prevention (TasP) strategy that forms the foundation of the UNAIDS 90-90-90 Target to end AIDS by 2030. To meet this goal, by 2020, 90% of individuals living with HIV must be diagnosed, 90% of those diagnosed must be on treatment, and 90% of those on treatment must be virally suppressed.

In BC through the implementation of TasP, we have seen a steady increase in individuals accessing HIV testing and antiretroviral treatment, leading to a consistent decline in new HIV cases. HIV treatment today improves longevity and quality of life. However, there is still more we can do.

For example, a recent BC-CfE study published in PLOS-ONE uncovered new opportunities in the health care system to diagnose individuals living with HIV. Our study found one in seven individuals living with HIV in BC could have been diagnosed earlier—if health care providers had recognized certain key clinical conditions as triggers for HIV screening. Individuals aged 40 years or older, heterosexuals, people living in remote areas and people who had ever injected drugs were more likely to have had a missed opportunity for an earlier HIV diagnosis.

This data provides critical clues on how we can close gaps in access to HIV testing and treatment. It is also a useful reminder HIV does not discriminate. In BC, all individuals are recommended to ask their health care providers for regular HIV tests. We can all get tested for HIV.

While scientists and researchers worldwide continue to make remarkable advances in our understanding of HIV, it is too early to celebrate. As we approach the 2020 milestone towards ending AIDS by 2030, we need to accelerate investments and efforts. There is still much more to be done to support the needs of those living with HIV today and to reach our goal of ending AIDS.

Dr. Julio Montaner is the Executive Director and Physician-in-Chief of the BC-CfE