Vancouver Sprinkled in Red in Support of the AIDS Conference 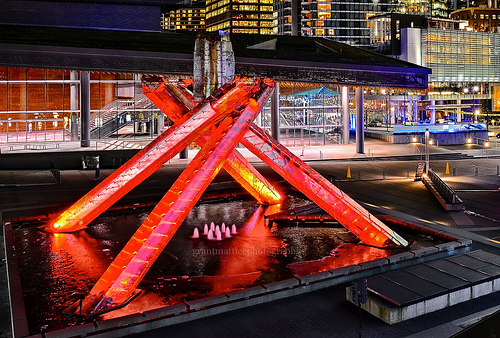 Vancouver, B.C (July 19, 2015) - Some of Vancouver’s most recognizable landmarks are lighting up red for IAS 2015. The special lighting of BC Place, Science World at Telus World of Science, Vancouver’s Olympic Cauldron, and City Hall will honour the HIV/AIDS victims who have succumbed to the disease. On July 19, the Sails of Light at Canada Place will also shine red to welcome all those working together in the fight to stop HIV/AIDS.

This year, Vancouver is hosting IAS 2015, bringing together over 6,000 delegates from across the globe including policy makers, scientists, and activists in response to the AIDS epidemic. The 8th IAS Conference on HIV Pathogenesis, Treatment and Prevention (IAS 2015) will be held at the Vancouver Convention Centre, July 19-22, 2015.

During the HIV conference, the Northern Lights roof lighting display at BC Place will be illuminated red to promote the ongoing fight against the AIDS epidemic. Red is the universal colour of awareness and support for people living with HIV and AIDS. 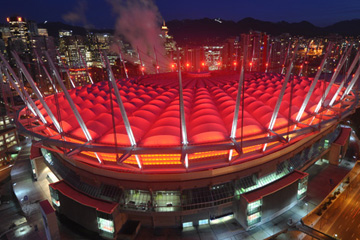 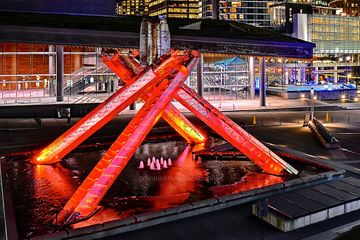 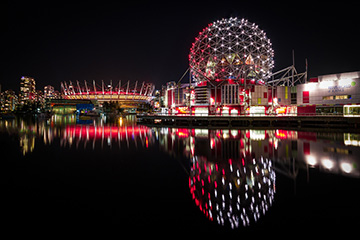 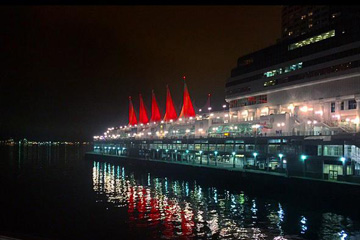 B.C. is leading the way in the fight against HIV and AIDS. 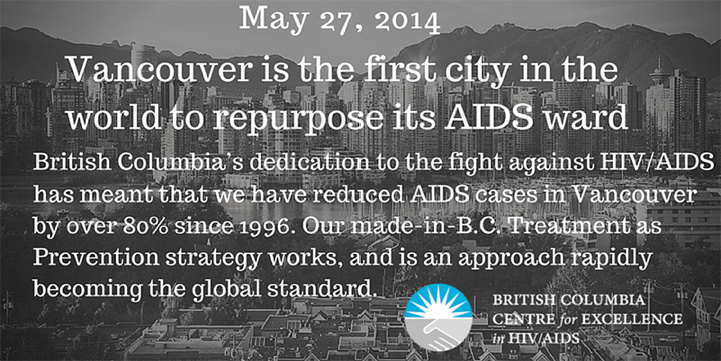 The United Nations adapted the principles of TasP, developed by Dr. Julio Montaner, BC-CfE director, and launched the 90-90-90 treatment targets which aims to transform the HIV/AIDS pandemic into a sporadic disease by 2030. To achieve the goals; by 2020:

The advances in B.C. play a major role internationally with UNAIDS aiming to eliminate AIDS by 2030 using a strategy based on principles of TasP. If this goal is reached, HIV will be transformed from a global epidemic to a low-level endemic disease.

Learn more about the BC Centre for Excellence in HIV/AIDS