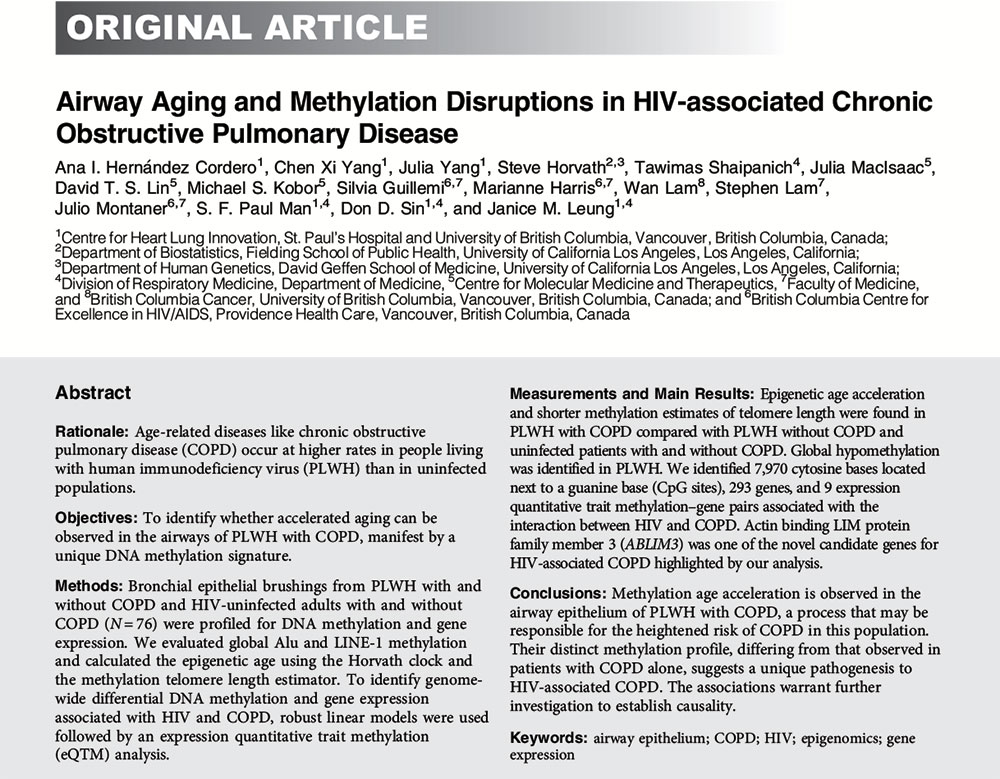 Collaborating with colleagues from UBC and UCLA, BC-CfE researchers, in a novel study, looked at whether people living with HIV (PLWH) and (COPD) experience an acceleration of aging in their airways, independent of their smoking history.

The researchers sampled airway epithelial cells from patients living with both HIV and COPD. Epithelium is a type of body tissue which forms the covering on all internal and external surfaces of our bodies. In the samples, researchers found major alterations in the methylation pattern of airway epithelial cells consistent with accelerated aging, which differed from the pattern observed in HIV-negative individuals with COPD.

An important control group in this study included PLWH who were never-smokers. In comparison with HIV-negative never-smokers, PLWH displayed accelerated aging even in the absence of cigarette smoking. Another factor which makes these findings even more striking is that the control participants were chronologically older than the PLWH groups.

This study represents the first detection of an accelerated methylation aging signal in the HIV airway epithelium. The authors say this signal is accentuated by the dual presence of HIV and COPD, and conclude their study by calling for a tailored approach to COPD treatment in PLWH based on further study of these patterns.