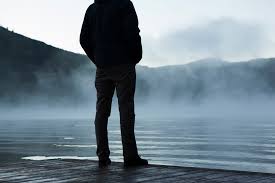 Loneliness and stigma can be everyday realities faced by many people living with HIV (PLHIV). In a presentation this month to health care providers at St. Paul’s Hospital, Dr. Marianne Harris presented new research on how these experiences can affect health and quality of life. Dr. Harris is the Clinical Research Advisor in the AIDS Research Program, a collaboration between St. Paul's Hospital and the University of British Columbia.

The Positive Brain Health Now (PBHN) study is an ongoing Canadian cohort following 856 PLWHIV aged 35 years and older (the average age is 52 years). When asked during their first study visit, nearly two-thirds of participants (64%) reported being lonely “sometimes” or “quite often” (at equal rates between men and women).

Those reporting loneliness had more HIV-related symptoms, more pain, more fatigue, and smaller social networks, and were more likely to be bothered by HIV-related stigma—all factors that might contribute to their being lonely. PLHIV who reported loneliness were also less physically active and watched more television, and were more likely to use opioids (a finding that was independent of reporting pain). Unlike in other studies, PBHN investigators did not find an association between loneliness and smoking or alcohol use.

In the PBHN study (as in other studies in HIV-negative populations), loneliness has important consequences in terms of mental and emotional health. Participants reporting loneliness have higher levels of depression, stress and anxiety than their non-lonely counterparts. They also have more concerns about their cognitive abilities and scored more poorly on tests measuring memory, attention, decision-making and other cognitive functions.

These negative effects had major effects on the study participants’ quality of life. Using a number of different measures, investigators found that PLHIV who were lonely consistently rated their health as being worse and reported poorer quality of life. Feelings of solitude impacted all facets of quality of life including general health perception, social functioning, role limitations due to physical health, role limitations due to emotional problems and overall mental health.

Relationships between loneliness, stigma, depression, anxiety and cognitive function are complicated. It’s not always clear which is the “chicken” and which is the “egg” because often the effects go both ways. For example, someone who is depressed may be less motivated to go out and engage in social activities, and therefore may become isolated and lonely. At the same time, feeling alone may make their depression worse. Similarly, a person who has cognitive concerns may isolate themselves and thereby become lonely; in turn, lack of social contact may make their cognitive function deteriorate.

To study the influence of HIV-related stigma, PBHN investigators asked the participants, “To what extent are you bothered by people blaming you for your HIV status?” To separate this type of stigma from that related to gender or race, the investigators looked at the 512 Caucasian men in the study and found that 30% of them answered “very much” or “an extreme amount”. As well as leading to loneliness, experiencing HIV-related stigma appeared to have direct effects on emotional health, cognitive function and quality of life. These particular findings will soon be published in the Journal of AIDS (JAIDS).

The PBHN study recently received additional funding from the Canadian Institutes of Health Research (CIHR) to collect more information from current participants over a longer period of time. The study will continue to look at how answers change over time, which may help to sort out causes and effects. The study population will be diversified by recruiting more women and others underrepresented in the original group. In addition, the investigators will test out interventions that have been shown to be beneficial for loneliness in other health conditions, to see if they are also helpful for lonely PLHIV.