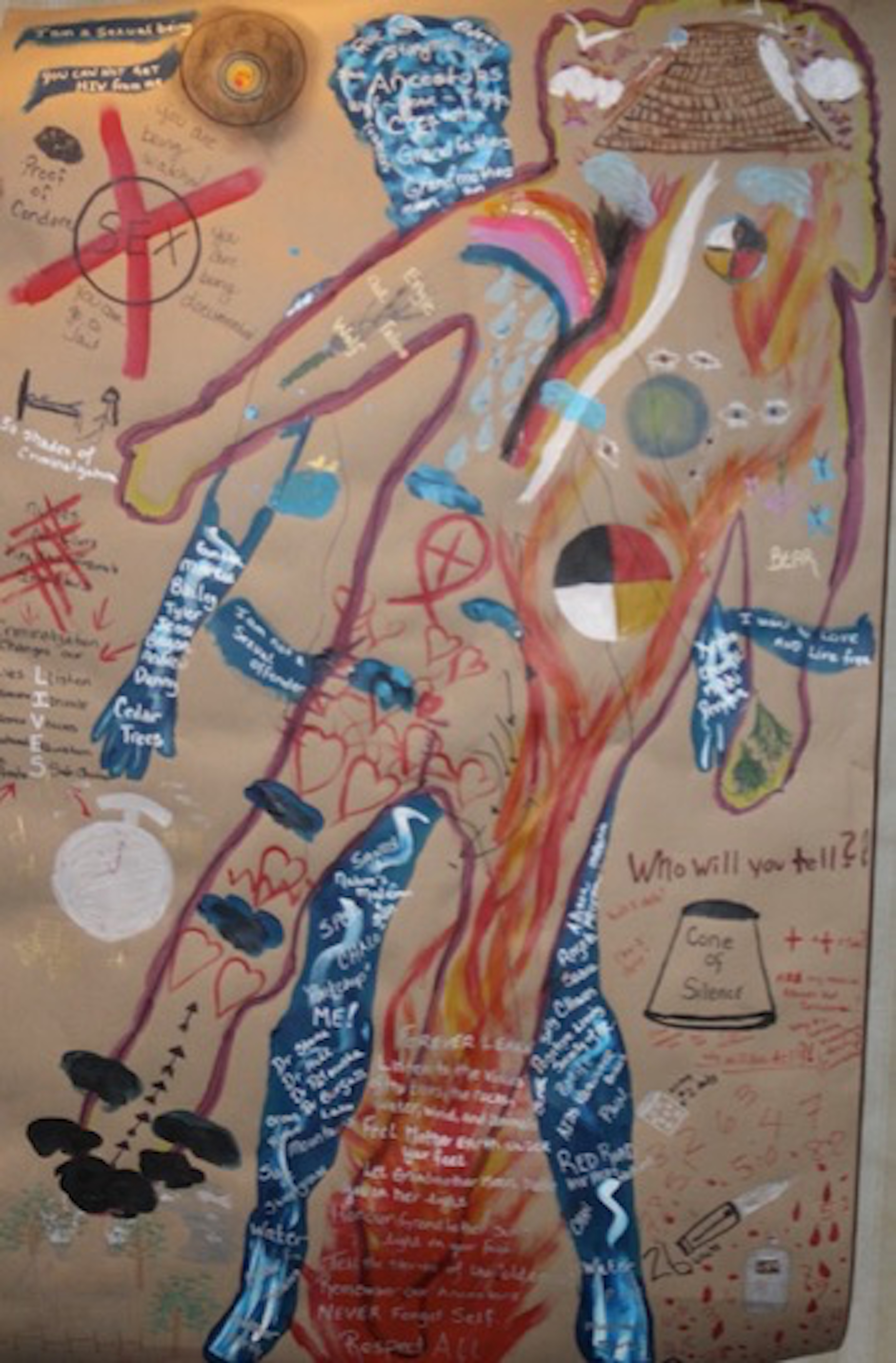 On June 2, 2019, a panel discussion, a spoken word performance and an art exhibition focused on the realities of HIV non-disclosure criminalization for women living with HIV in Canada. Expert and community panelists discussed the medical, legal, social and personal impacts of the current laws.

Under current Canadian federal law, people living with HIV can face criminal charges for not telling their sexual partners what their HIV status is, even if they do not intend to transmit HIV, and even if no HIV transmission actually occurs. In 2012, the Supreme Court of Canada ruled that people living with HIV must disclose their HIV status to a sexual partner before having sex unless they use condoms AND have a low viral load (1,500 copies/ml or less). People who do not meet these criteria can face a criminal charge of aggravated sexual assault if they do not tell their sexual partners that they have HIV.

HIV non-disclosure laws can contribute to stigma, which can be a barrier to individuals accessing HIV testing, treatment and care. The made-in-BC Treatment as Prevention® strategy—providing earlier and free access to HIV testing and immediate, supported and sustained access to HIV treatment—is key to curbing HIV and ending AIDS.

Research from the CHIWOS study, led by the BC-CfE, found that 80% of women living with HIV in Canada have experienced violence in their lives.

Currently, in cases where a woman living with HIV has been sexually assaulted, she is still legally obligated to disclose her HIV status to the assaulter, regardless of how this may affect her safety.

In testimony on HIV non-disclosure criminalization provided to the House of Commons Standing Committee on Justice and Human Rights on May 14th, BC-CfE Research Scientist Dr. Kate Salters said: “Women have reported being threatened, assaulted, abandoned, shamed and ‘outed’ as living with HIV after disclosing their HIV status to sexual partners.”

“As a woman living with HIV I will fight to stand up and carry the voices who can not,” added Valerie Nicholson, a peer research associate at the BC-CfE who carried the voices of women living with HIV in Canada to the hearing. “We are strong, we are resilient, we support each other, and together we will make a difference.”

The June 2nd panel event was hosted in partnership with Simon Fraser University (SFU) and Women Deliver 2019 Mobilization Canada, CHIWOS (led by the BC Centre for Excellence in HIV/AIDS), the WATCH study and BC Women’s Hospital and Health Centre. This affiliated event took place before the official opening of the Women Deliver 2019 Global Conference in Vancouver, the world’s largest conference on gender equality, and the health, rights and wellbeing of women and girls.