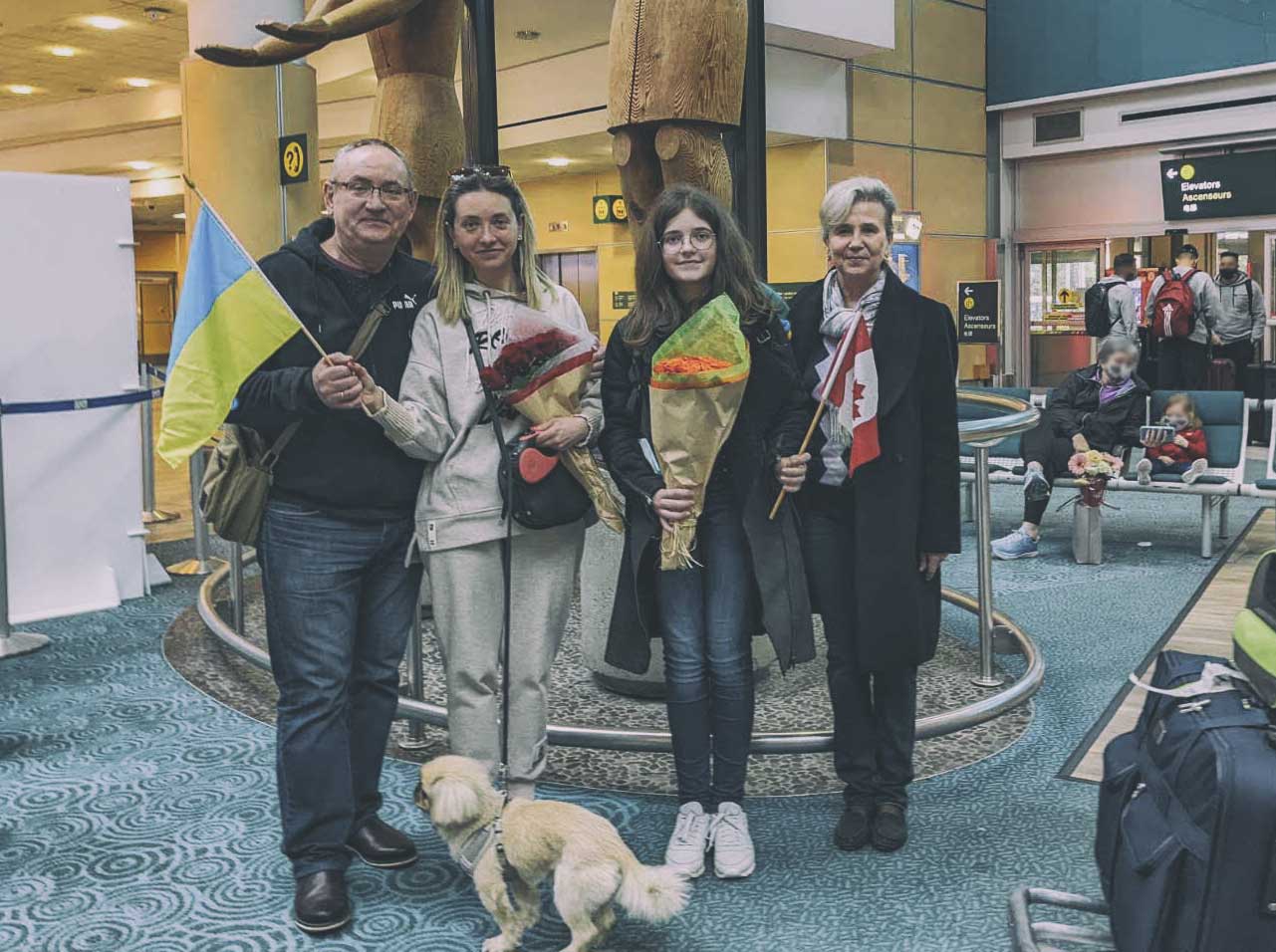 The war in Ukraine started in late February and is showing no signs of nearing an end. So far more than 11 million people have fled their homes in Ukraine since the conflict began, according to the United Nations. 5.3 million people left for other countries, and another 6.5 million are believed to be displaced inside the war-torn country itself.

The reach of this war is global, and Canada is playing an outsized role as it is home to the world’s third largest Ukrainian population after Russia and Ukraine itself. One of our own BC-CfE staff members that is originally from Ukraine, Tetyana Kalynyak, has worked tirelessly since the beginning of the war to bring her family members from Ukraine to Canada.

Tetyana is part of the laboratory’s clinical genotyping team, and her stepdaughter Iryna and her step-granddaughter Bozhena fled from the Ukrainian city of Ternopil on the 6th of March. They were able to reach Poland by bus, and then on to Berlin for biometrics screening and a nearly month-long wait for a visa to Canada.

The family finally arrived in Canada on April 18th, and have joined Tetyana’s family in Burnaby. The youngest, Bozhena, started her elementary school classes this week. Bozhena’s father remains in Ukraine, where he is serving with his local territorial military forces and working.

Learning of this, the laboratory staff at the BC-CfE set out to provide donations to support Tetyana and her family. The call was expanded to the entire BC-CfE and staff responded. Members of her clinical team and BC-CfE staff were able to donate to the family’s gofundme page.

Tetyana emphasized her tremendous appreciation for the help and support BC-CfE staff has shown for her family. The company Watson Gloves, where Tetyana’s daughter works, has also been supportive of the family, as well as Joto Imaging Supplies where Tetyana’s son-in-law works.

The family also wants to acknowledge the generosity of Dave and Pamela Richardson, Christina Florencio from Dress for Success, their friends, Vancouver’s Ukrainian community, and every Canadian who is calling for an end to the war in Ukraine.

They feel welcomed, safe in Canada, and we hope they will feel home again.

- Tetyana said, speaking about her family

As the family settles in for a new life in Canada, apart from the gofundme donation page, please consider donating gift cards for basic necessities including groceries and gas. Gift cards for Costco, Superstore and Shell gas stations are particularly welcome. These will be gratefully accepted by the Kalynyak family, and can be given to Maria Velasquez, the BC-CfE’s laboratory administrative assistant, or to any BC-CfE laboratory team member to pass on to Tetyana.